Natural Gas is in itself an uninteresting gas, which is shapeless, odorless and colorless in its purest form. However, it is interesting to note that natural gas is combustible and when it is burned, it leaves a lot of energy with comparatively fewer emissions than other types of sources. It is much cleaner than other types of fossil fuels and emits fewer harmful byproducts in the environment.

On this page, we will share with you some interesting facts about natural gas. Let’s get up, close and personal with this source of energy that helps to cook our food and keep our houses warm.

# Natural gas is mainly composed of methane (CH4). However, it also contains other hydrocarbons such as butane, ethane, naphtha and propane.

# Natural gas can be formed over the ages from any type of organic material. It is usually found deep underground, trapped in the porous rock or solid stone formations.

# If historical sources are to be believed then natural gas was first discovered in the Middle East, sometime between 6000 and 2000 BC.

# Natural gas is colorless, odorless and flammable. It is non-toxic in nature and much lighter than air. The utility companies add a pungent smell to it so that leaks can be easily detected.

# The first ever network of pipelines to transport natural gas was made in China in 500 BC. These pipes were created using bamboo, and they were used to transport gas and make evaporated salt brine.

# In the UK, the gas was first used to light a home by an engineer named William Murdoch in 1792. Today natural gas is used to generate more than 40% of the electricity used in the UK.

# The deposits in the seabed off Norwegian coast formed the source for nearly two-thirds of the gas imports in the UK in 2016.

# Natural gas is available in two different forms – wet or dry. Dry gas is mainly methane, and it is used for heating and generating electricity. Wet gas is made of less than 85 percent methane, and it has a higher proportion of liquid natural gases like butane and ethane.

# Natural gas is also used as a fuel to run automobiles. There are more than 15.2 million vehicles worldwide that run using natural gas. This gas is used in the liquefied or compressed form to power buses, taxis, trucks, and cars.

# The liquefied form of natural gas is achieved when the gas is cooled to a temperature of – 260 Fahrenheit. When liquefied after cooling the gas, the volume can be reduced nearly 615 times. 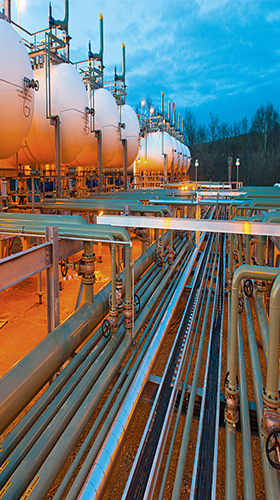 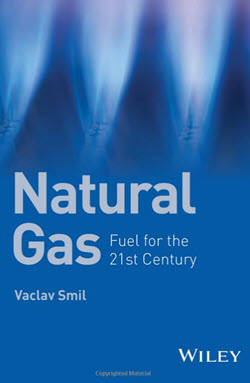